In stock
SKU
BTTS
Be the first to review this product
$10.00
Add to Compare

A former world record holder, the Butch T Trinidad Scorpion chilli is not for the faint hearted! Easily identifiable, thanks to their sharp point that resembles its namesake - a scorpion tail! 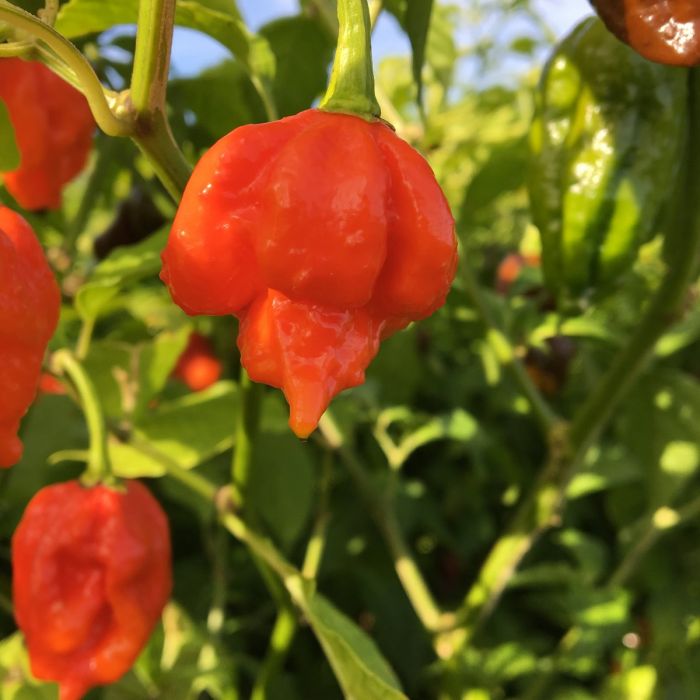 Skip to the beginning of the images gallery
Details

Their characteristic shape sees a 5cm pendant, which tapers to a sharp point resembling its namesake - a scorpion tail.

Here at Chilli Seed Bank, we think that the Butch T Trinidad Scorpion is one of the most stable strains genetically, which is why it remains one of our all-time favourites.

Warning: Extremely hot! this chilli will not discriminate; Under no circumstances should one of these chillies be left with an unwitting person, especially a child.

More Information
Reviews
Write Your Own Review
Only registered users can write reviews. Please Sign in or create an account
Product Questions (1)
Customer Questions
How many seeds are in a packet?