In stock
SKU
SBO101
Be the first to review this product
$8.00
Add to Compare

At 300,000 Scoville Heat Units, the Scotch Bonnet Orange is a great introduction to the world of very hot chillies, with a distinct tropical flavour beneath the heat. 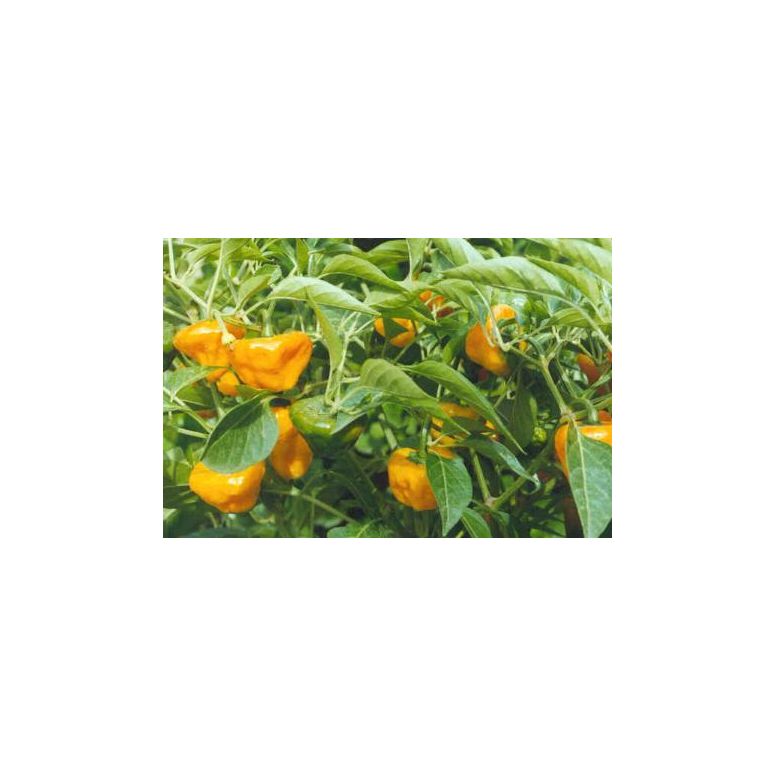 Skip to the beginning of the images gallery
Details
Native to the Caribbean, the Scotch Bonnet is a cultivar of the Habanero, and was named after its resemblance to a tam o' shanter hat.

The Scotch Bonnet Orange matures to a bright orange, and is tropical flavour, with apple and tomato undertones. Despite being sweet, it is also very hot, measuring in at around 200,000 to 300,000 Scoville Heat Units. It is most commonly used in hot sauces, but can also be eaten fresh. It tastes sweet when it first hits the tongue, but 15 seconds later you'll start to feel the burn!

This chilli has a variety of alternate names, including Bahama Mama, Scotty Bons, Bonney Pepper, Boabs Bonnet and goat pepper. Also a red variety.
More Information
Reviews
Write Your Own Review
Only registered users can write reviews. Please Sign in or create an account
Product Questions (1)
Customer Questions
How many seeds are in a packet?