Out of stock
SKU
CAS103
Be the first to review this product
$8.00
Add to Compare

Known as Bola in its raw state, and Cascabel in its dry state, this mild chilli is most commonly consumed when dried and powdered when it takes on a woody, nutty and smoky flavour. 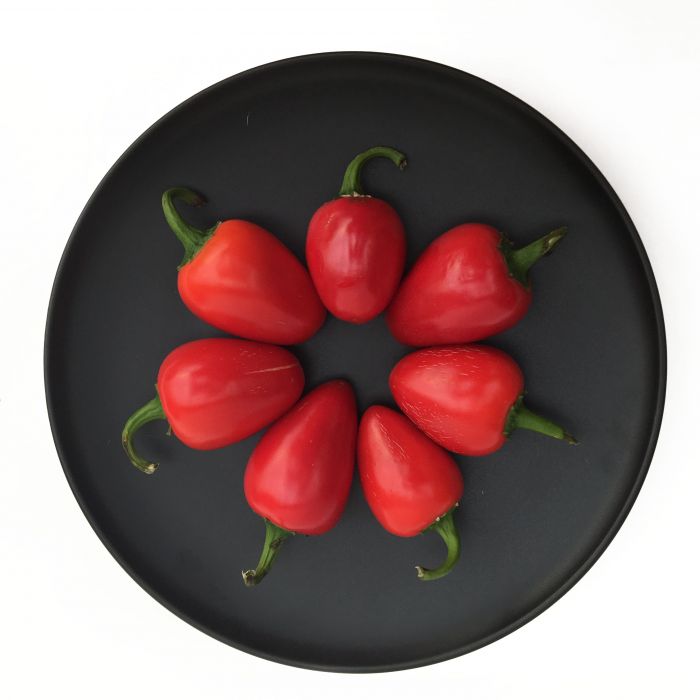 Skip to the beginning of the images gallery
Details
The Bola chilli is the Cascabel chilli in it's fresh state. Cascabel literally translates to ‘rattle’ in Spanish, and is named after the sound the seeds make inside the pod once dried. It is a relative of the Catarina chilli.

Whilst this chilli can be eaten fresh and dry, it is most commonly used in its dry state, when it takes on a woody, nutty and smoky flavour, adding a great depth of flavour to many dishes.

The pods mature to a red, but once dry appear an almost brown colour. It is relatively mild, measuring in at 1500-4000 Scoville Heat Units.
More Information
Reviews
Write Your Own Review
Only registered users can write reviews. Please Sign in or create an account
Product Questions (1)
Customer Questions
How many seeds are in a packet?